The newly branded Stairbuilders and Manufacturers Association (SMA) is a reflection of who we are and where we are going. More than 75% of SMA members specialize in stair building from conception to construction for small to medium sized businesses. These professionals understand the intricacies of stair safety and execution for production of beautiful stairway projects across North America. SMA members also include professionals who install, distribute, and manufacture stair parts, specialty equipment, and materials as well as provide accompanying products and services to support the niche Stairbuilding industry. 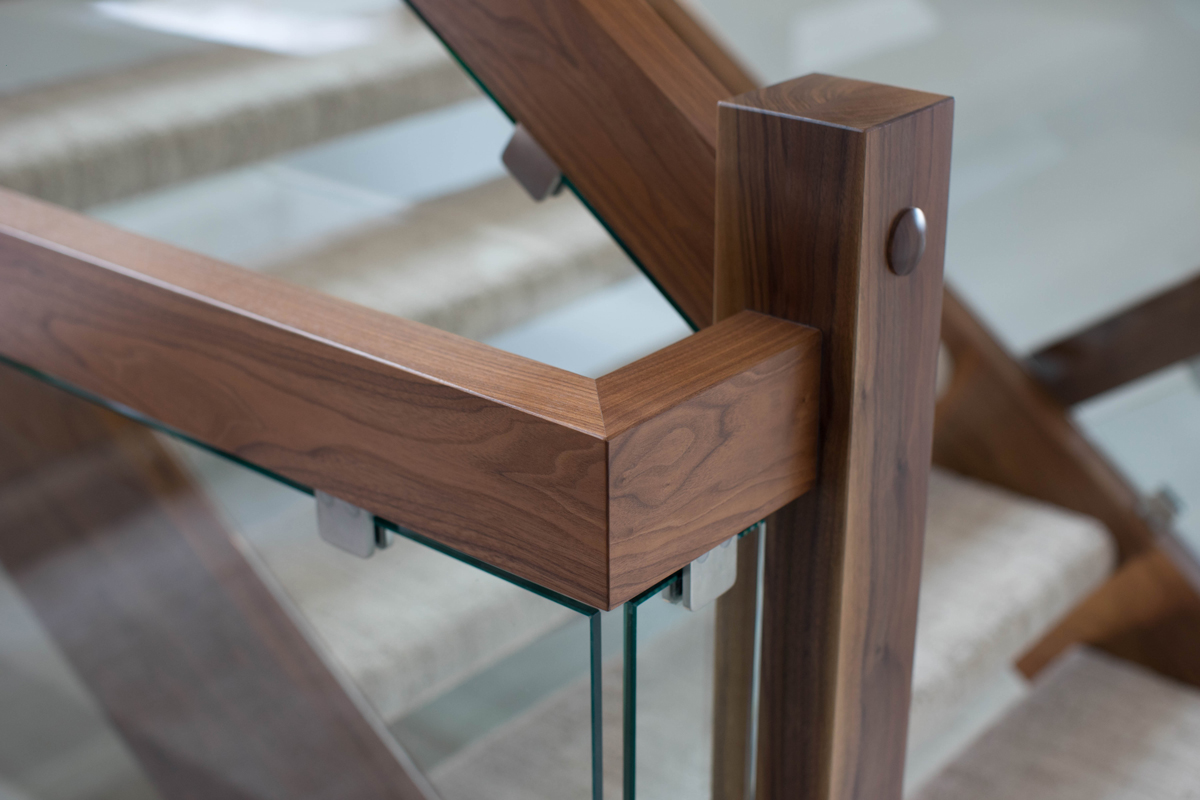 The SMA was established in 1988 as the Stairway Manufacturers’ Association to ensure the growth and prosperity of the stairmaking industry and craft. The main focus of the charter members of the SMA was to defend against arbitrary changes to building codes and to promote essential funding for scientific research and testing in stairway safety. Because of the vision of these charter members, the SMA is used to fairly establish empirical changes in stair, handrail, and guard codes and set an example for valid code reform.

With the SMA leading the way in code reform and standard development, stairway creation is held to a higher safety standard while preserving the aesthetics of the staircase as a structural element. The association has become a responsible member of and respected participant in the development process of the International Code Council, which has been adopted as the base code standard by most jurisdictions in the United States. In 2002, the SMA became a member of the American National Standards Institute’s A117 accredited standard committee on Accessibility. In 2009, SMA funded the first pilot study for research and testing of handrail shapes for individuals with disabilities pertaining to use of stairs and ramps. This research study has provided crucial insight for coding and standards in Stairbuilding for those with disabilities.

The SMA Visual Interpretations of the Stair Building Codes have been published since 2001 as a tool for building officials, design professionals, contractors, and others in the industry. These graphic interpretations bring clarity to the written code and provide a well accepted, consistent understanding. 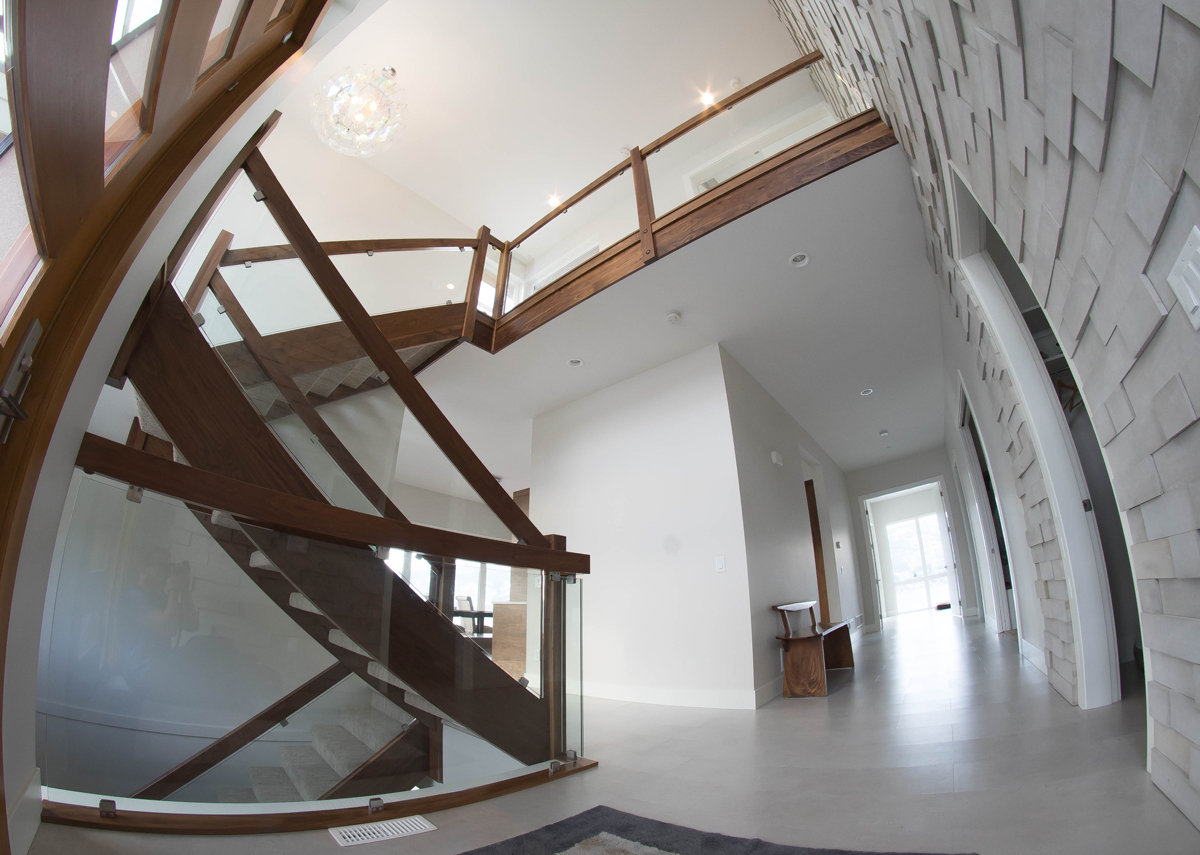 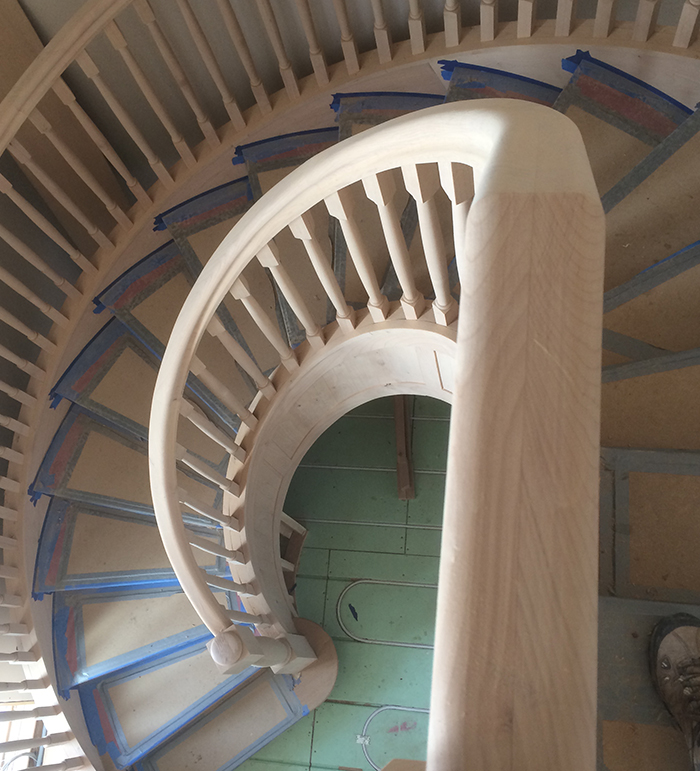 In 2003, the SMA gathered architects, builders, code officials, and stairbuilders for the first annual SMA Code Forum which focused on discussing regulatory issues and fostering better understanding across the industry. This national program includes accredited code interpretation seminars for associations of builders, building officials, and design professionals. Starting in 2007, the SMA turned its focus to education that has largely affected the direction of the association and its members. With education at the forefront, in 2008 the SMA began work on the Stairway Safety Program curriculum for use in elementary education. In 2009, the first SMA certification program was offered during the Fall Education Conference. The SMA is dedicated to raising public awareness of its professional status and encourages the continued growth of skilled, professional stairbuilders and stairbuilding companies in a culture that supports members and the industry.

Encouraging improvement and innovation, in 2009 the SMA presented the first StairCraft Awards to those companies with projects deemed to be the best of the best as judged by their peers. The contest in 2020 is our twelfth.
Learn More

Since 1985, the SMA’s constituency has grown to a range of professionals from one-man shops to some of the largest in the industry. The organization has helped bolster the craft of stairbuilding and save the stairway aesthetic. Our members are credible voices in the industry who contribute to the consistent interpretation and enforcement of stairway building codes. In 2018 the SMA implemented the first course of practical stairbuilding education to enable others to learn the crafts and technology of our trade and provide new found understanding of the potential for success in our niche industry. The SMA continues to proactively contribute to the professional development of our members through education, quality standard development, and professional certification, which enables our members to leverage their expertise within the industry.

Keep up to date with all of the latest code changes and design inspirations. No membership required.

Membership in the SMA is an invaluable resource that allows stair industry professionals of every type to advance their careers through networking, engaging in continuing education, keeping up with changes within the industry, and accessing new products.
Learn More